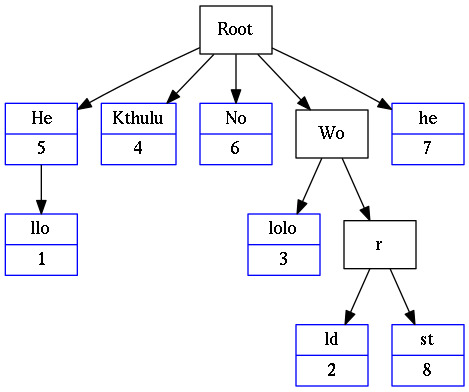 Trie, Ternary Search Tree (TST) and Radix Tree is aimed to compare the performance of these three data structures. The three data structure are an implementation of the abstract data type dictionary, but they are enhanced with an extra method called “keys”. That method returns the keys with that share a provided prefix. This can useful to use it in tasks such as autocomplete searches.

The study performed was using std::map and std::unordered_map as baseline for the performance.

Robert Sedgewick claims that a Ternary Search Tree (TST) is a better solution than a Radix Tree since it does not waste space if the amount of data is not dense enough. and Steven S. Skiena.

However, Steven S. Skiena holds that a Suffix Tree is the best approach, but since both data structures do not fulfill the same problems. I decided to use a Radix Tree regarding the close it gets to an Suffix Tree implementation.

The opeartions supported by Trie, Ternary Search Tree (TST) and Radix Tree are:

Several test scenarios have been have developed to compare the performance of these five data structures.

Description of the structures 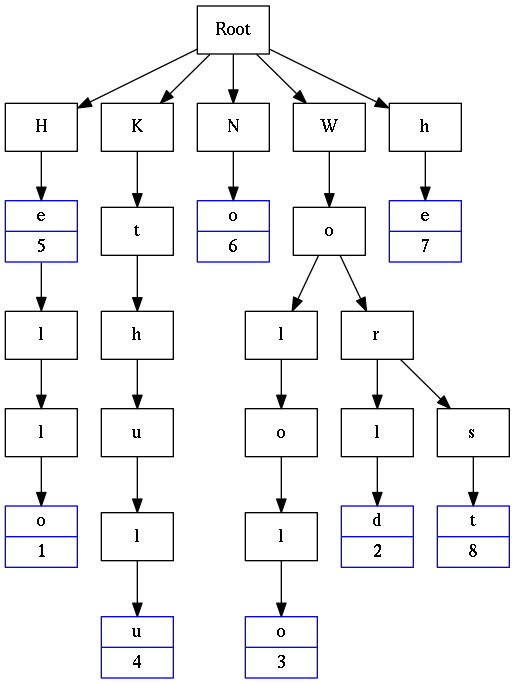 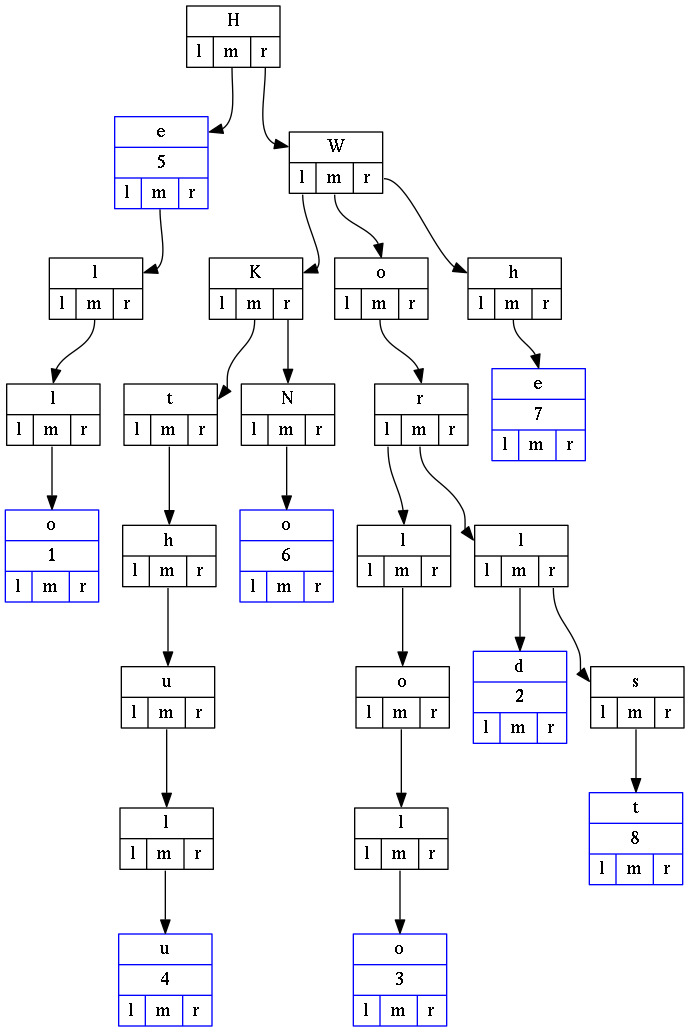 Radix Tree (also radix trie or compact prefix tree) is a data structure that represents a space-optimized trie in which each node that is the only child is merged with its parent. The result is that the number of children of every internal node is at least the radix r of the radix trie, where r is a positive integer and a power x of 2, having x >= 1. Unlike in regular tries, edges can be labeled with sequences of elements as well as single elements. This makes radix trees much more efficient for small sets (especially if the strings are long) and for sets of strings that share long prefixes.

All results can be seen here